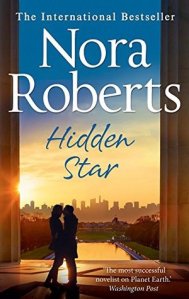 Goodreads synopsis: She couldn’t remember a thing, not even who she was. But it was clear Bailey James was in trouble. Big trouble! And she desperately needed Cade Parris to help her live long enough to find out just what kind.

The moment the cool-headed private eye laid eyes on the fragile beauty, she almost had him forgetting who he was. If Bailey was a criminal, Cade would eat his hat. But what was she doing with a satchel full of cash and a diamond as big as a baby’s fist? And how could he unravel this mystery if he kept tripping over his heart?

“She is such a pussy who wimps out at every turn of event and every headache that surface together with a flash of memory. “

First off, I did not know this was part of a trilogy where the ending is both unsatisfying and kind of a cliffhanger are happening. It was not quite what I expected but good enough. The plot itself is kind of good and believable. A little easy at the end and everything went by so fast. Entertaining but not enough to continue the series. Nothing I would recommend in the first place and that only due to my “hate” for the characters.

The character Bailey is infuriating. She is such a pussy who wimps out at every turn of event and every headache that surface together with a flash of memory. Then she keeps getting angry at Cade for trying to help. Then she gets angry on him for not only focusing on helping her. Come On? Show some backbone. I just can’t take those type of characters. I was surprised because that is not something I associate with an author as Roberts who is a queen when it comes to write strong, leading, female characters.

Cade on the other hand is an underdeveloped character where you get the feel of much more but never receive it. He is descent enough but noting to shout hooray for. His “love” for Bailey is shallow and uninteresting and the dynamic between those two just don’t work. I felt more of a sparkle between Cade and one of his old flames who visited the story in like, one page. That is not a good thing.