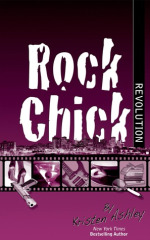 Goodreads synopsis: Ally Nightingale has secrets. Secrets she doesn’t even share with the Rock Chicks. But two men know what she’s up to. One has her back. The other has her heart, but he doesn’t know it.

As Ally rewinds the last year of her life, she knows two things. One, she’s never going to get what every Rock Chick should have—her own Hot Bunch guy. And two, she’s a Nightingale through and through. She just isn’t sure what to do about that.

But as her secrets are revealed, the men in her life react. Darius Tucker, a lifelong friend, as usual takes her back. Ren Zano, the man she loves, isn’t quite so sure. The Rock Chicks, Hot Bunch and the entire gang at Fortnum’s weigh in, and a Rock Chick Revolution starts brewing.

It’s up to Ally to control it and prove what she knows down to her bones.

She’s a Rock Chick, she deserves her hot guy and she’s going to keep the one she wants…

Because she’s a Nightingale.

My thoughts:I have been waiting and looking forward to Allys story through out the whole series. This is the eight book and since she has been a big part of the Rock Chick buildup and that her character have had pretty big parts in the earlier books, I thought I knew her pretty well. I was however pleased to learn that there was more to her than I first thought. She is probably the deepest character in the whole series. You get to know her on a completely other lever since you get to follow her and her action/reaction to the other Rock Chicks Sh*t going down.

The book is build a little different than the others. Here, Ren is already in her life and Ally is not in that kind of trouble as the other Rock Chicks have been in there own books. The plus with this is that the whole relationship buildup and fights, is pretty short, done and over with. Then certainly gets old after seven books so I was pleased. When the story really starts (after highlights of the last 13 months) it is more steady, calm but not in any other way less hot than what you are used to in the other books. The story is also a little more personal than what I would expect and it was nice. Refreshing. But in no other way bad.

The biggest problem I have is that is is a little to slow. There is to many things going on, but no one is really deep or action filled. I missed the suspense. I missed the nail biting, sitting on the edge, shaking my knees feeling that I was expected. I can certainly understand why it took KA 5 years to resume the Rock Chick series, since this was like an ending. It was done and the action is over with. No more hot bunch and no more Denver kickass. Since KA has a lot of other books and the few I have read, I have loved I do not see that as bad thing. But now, after this one I do understand why she never tried to continue it, until earlier this year. 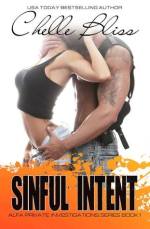