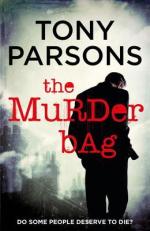 Soon he is following the bloody trail from the backstreets and bright lights of the city, to the darkest corners of the internet and all the way to the corridors of power.

As the bodies pile up, Max finds the killer’s reach getting closer to everything – and everyone – he loves.

Soon he is fighting not only for justice, but for his own life …

My thoughts: Never read anything by Parsons before and I’m pleasantly surprised. I like the book, unfortunately I didn’t love it. Probably because of the slightly diluted plot and the typical English settings. And I don’t mean typical in a good way. This book has a somewhat tame and watered topic, which I have read over and over again before. Why do you have to have that slanted balance of power in crime thrillers, specially English crime? I’m getting tired of it and quite frankly, is the genre done? Is there nothing more to write about? I feel English crime books are a complete genre by itself since they often are the same specially with the work relationships in the police house. Still I do love English Crime.

This gritty thriller is about a rebel cop (Max Wolfe) who’s only goal in his job, is to do the right thing and find out the truth. Perhaps even save a couple of lives along the way. He is following the questions and evidence no matter where it will lead and even if his bosses are against it or try to stop him. Wolfe is a great character to follow. He is a rebel yes, but he is not that typical kick ass cop you often read about. He feels more human, can get hurt as easily as anyone else, struggles with stuff and I love how real he feels. He is a single dad with a daughter and a dog. This little family is the center of the book and makes it warm and real in the chill of the crimes.

The plot was interesting and the mystery wasn’t that predictable. I do want to try the next book in the series. Book two actually have a higher rating on GoodReads and the first book so I’m kind of curios. 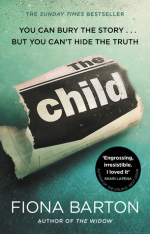 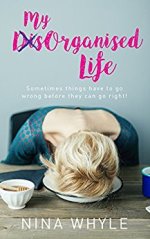 Goodreads synopsis: A viral video of drunkenness and vomiting over a policeman is the stuff of nightmares, and so is living back home with your religious, nutty parents. Fed up with life not going her way and turning quietly insane, Eve Poots comes up with a plan. Well more of a list of “things to do while I’m still twenty-something”.
Six months later, and the list is working its power: she is now living with her new boyfriend, junior doctor Adam, and working as an assistant to TV producer Alastair on a reality show – life really is on the up.
But then it all starts to crumble and she soon realises that what the list should have really said was:
1. Awful colleague hell-bent in making your life agonising – check
2. Unplanned engagement – check
3. Lusting for dashing TV director when you have a perfectly decent boyfriend at home – check
4. Seeking help from a sex therapist – check
5. Growing a back-bone – pending
Has her life suddenly turned into a TV melodrama of its own?

My thoughts: I’m not much of a chick lit person, never really been actually. It is probably the one genres I read the least of. But when I do, I do prefer to read British chick lit’s. It is something special with it. I do not know if it is the language, the wording or what it is. But when stuff happens, it just makes it so much funnier. I was contacted by one of the authors and they gave me the book for free against an honest review. And even though I really, really wanted to love it, it was just not something for me. I did like it, I did, but unfortunately there is no love here.

The story is written from Eve’s point of view. She is a young 20-something woman who works as an assistant at a TV show production company. She is one of those type of people who are a little social awkward and has a lot of bad luck. She doesn’t have a lot of friends, her parents are highly religious and her sister is little of a rebel. Her boss is amazing, she has a wonderful boyfriend but unfortunately a colleague that totally hates her and tries to make her life a living hell. Not only that but she is also an obsessive list writer. And one of those lists is about to make her world even crazier. Because one item on that list is “Getting Married”.

There is many attempts to humor in this book. Some more successful than others. I didn’t fell deep enough in the book to actually have this loud “haha” moments but I did snicker a couple of times. I find that the book is unevenly written and specially in the end. There is a big part of the book where there is not that much that is happening and suddenly we are at the end and it is almost frantic. Like it need to be done. And that just makes me stressed out. I also had some trouble with connecting to the characters. I did find the character Gudrun, hilarious, though. The dialog, dialect and questions was so strait forward and she was funny. I could totally picture her in my head. Too bad I didn’t see more of her than I did. The book has some great moments and it was an easy read.

Would I recommend the book? Well yeah. If you seek something easy and light, this is one of those book. And if you really like the genre Chick Lit, you will probably love this one. 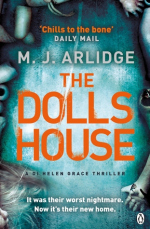 Goodreads synopsis: A young woman wakes up in a cold, dark cellar, with no idea how she got there or who her kidnapper is. So begins her terrible nightmare.

Nearby, the body of another young woman is discovered buried on a remote beach. But the dead girl was never reported missing – her estranged family having received regular texts from her over the years. Someone has been keeping her alive from beyond the grave.

For Detective Inspector Helen Grace it’s chilling evidence that she’s searching for a monster who is not just twisted but also clever and resourceful – a predator who’s killed before.

And as Helen struggles to understand the killer’s motivation, she begins to realize that she’s in a desperate race against time .

My thoughts: I was skeptical about this book. I liked the first one in the series, but the second got pretty low rating by me. I am however happy that I choosed to read it anyway because it was really good. There is one thing I have an issue with however. And that is all the drama.

There is 5 female characters in this book who have some kind of issue with one another. There is jealousy and other stuff that just brings the story down. I hate drama and I hate office politics. Bringing this two together and it brings it all down for me and I am ashamed over the female genus because I know that this happens in the real world. However, it was still nice to get some kind of closure on the whole Grace and Harwood fiasco and I hope the drama is now over.

The story itself is classical. No big surprises and it is something you have seen or read to many times. It is still entertaining and then I also like these slow burner, English crime books that ends with a bang. Helen Grace keeps being an enigma and after three books, I can’t say that I know who she is. I know she has some problems due to her childhood and that she has a strong desire to help people. But other than that, she is a complete puzzle to us readers.

One other thing I liked with this book is that the chapters are really short and it pleases my OCD. I can absolutely see myself read the fourth book in the series.