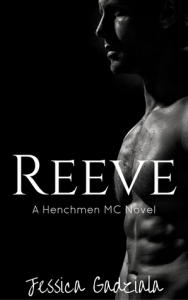 Goodreads synopsis: Reeve
I had long since given up hope of the pursuit of genuine happiness. It wasn’t possible after all the sh*t I had been through. I had my siblings, my club, a purpose in life. It was enough.
Until I came across her.
She represented everything that I knew I couldn’t have – stability, a future, a way out of my past.
And, it seemed, the harder I tried to keep her at a distance, to protect her from my reality, she only got in deeper, only pulled me closer.
Then, one night, an old face popped up in Navesink Bank. And everything changed forever.

Rey
I liked my life. I liked the freedom and simplicity of it, even if it was, perhaps, a little lonely.
Then one night, there he was.
With the saddest eyes I had ever seen.
He represented everything my life didn’t need – chaos, violence, uncertainty. But, at the same time, everything it was lacking – companionship, connection.
He tried to fight it, to keep up his guards, to keep me at arm’s length.
But, well, fate had other plans.
That was the night everything changed.
Down an alley, facing down a new, yet familiar, big bad in Navesink Bank, forcing us together, making us confront the reality of what was happening between us.
Trapped together, waiting for the winds to blow over, he finally trusted me enough to let me in, to give us a shot, to invite me into his family.
That is, if all of us survived the upcoming storm…

My thoughts: Rey was a character I thought I wouldn’t like. To hippy dippy, flower power, peace on earth, mumble jumble for my taste. But god damn she is hilarious. Down to earth, smart, funny and I see a lot of myself in her. And her total love for animals, self-reliance, her easygoing nature and somewhat different lifestyle is just wonderful. I love her and it’s not often I love a female character more than the male one. But in this I did. And I feel almost a little sad that it wasn’t longer because I would have loved to follow her more. She is just that good and Gadziala did a great work without making her over the top.

Overall the book is a typical Gadziala book with some hot scenes and complicated characters, history and an interesting future. It was nice to know Reeve’s story. I loved his brother and Reeve he had a pretty large role in Cyrus book but you never got to know what his history really was. But everything makes total sense now. And all the side characters is just so fun to follow and get to know.

There was also a huge plot twist that will go on for at least a couple of books forward. Not a major cliffhanger yet, but I’m looking forward do see how that will evolve. 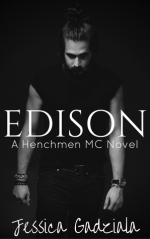 Goodreads synopsis: Lenny
I have one mission in life.
Revenge.
I didn’t have time for anything else.
Let alone the mysterious, unfairly good-looking member of a local outlaw biker gang.
But Edison is not the kind of man to be easily ignored, and the closer he gets, the more I seem to sway from my mission.
Until the unthinkable happens.

Edison
She’s special.
That has always been my type, women with that ‘something’ that you can’t quite put your finger on. And Lenny with her knife-sharp tongue, stubbornness, and guards thicker than almost any I had ever seen, yeah, she had that thing. And I wanted to put my finger on it.
Finger. Mouth. Tongue… everything on her.
But Lenny is hiding things.
And it wasn’t until her world shatters around her that I finally get to see what was beneath them all along. And it is more than I could have ever hoped for. It’s something I want to hold onto. I guess the only thing left is to get that through her stubborn head as well…

My thoughts: I have not read a book by Gadziala for way to long and now that my prohibition of buying books have been lifted, of course my first one was one of her books. I have missed her. I have missed her books, her writing, stories and her world in Navesink Bank. I have missed to get to know more of the Henchmen men and see what will happen with all that is happening in the crime capital of USA. Edison was also an character who intrigued me right from the start. He was so dark and mysterious in the earlier books, that I just had to start off with him since he was the next one to read in the series.

This is the 10th book in the series about the Henchmen in Navesink Bank. Gadziala have built a whole world with different series that are linking together. The Henchmen will probably be my favorite. Well I did love the Mallicks family (still have one more book to read) and I can’t wait for The Grassis to be published and the Professionals are also a great series, but it is the Henchmen who made me fall in love. And what’s so great is that it is so different from many other MC series out there. Her books always have a kick ass female character and awesome alpha hero sexy man with a moral compass who points in the right directions and have great female values. It is hard not to fall in love. My biggest problem often are that I find the books to be to short. 😛

Edison was a lot deeper character than I thought he would be and his story about his life and traveling through Europe was just fantastic. And I loved Lenny. She has walls thicker than the earth’s crust and the way the relationship grew between them was just perfect. And the ending was so fitting to it all that I have nothing more to say. 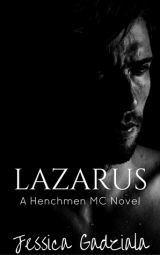 Goodreads synopsis: The war was over. The dust had settled. The numbers were increasing. Everything had finally started to calm down. Until one night on a walk, I came across her…

My thoughts: Gadziala is one of my favorite authors if i´ve not told you that before. I love her way to write an her story’s and how many off her series have a connection with each other and that is probably why she is the author I have read the most of. There is always a character in the book that you want to read more about and if that character do not have there own book (yet) you can get glimpses of him/her in the other books. Sometimes I feel like a lovesick teenager when I read her books and gets in love like that. Hehe

This book is number 7 in her The Henchmen MC series and I was quite excited to read it. I really liked Lazarus when he started to appear in sixth book. He was something different and refreshing. Specially after all that had happen throughout the series. Now however i´m a little disappointed. It feels like Gadziala could have done it better. A little deeper, a little more exciting and a lot more suspense would have placed the book higher up on my list. But I´m still glad that i read it and in the book you got to meet a new character who is Weird with a big W. He has his own book and of course I will read it. 🙂