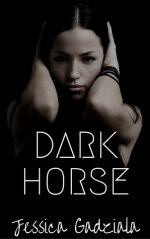 Goodreads synopsis: He needed it.
The new job.
The new city.
The new life.
The second chance.
And nothing could stand in his way.
Except, maybe, the sexy as hell spitfire he found himself suddenly in competition with for a job he thought was his.
Amongst trying to begin again, office politics, and a case that wasn’t quite what it seemed, he needed to try to keep his mind off the spirited Espen, a task that was going to prove extremely difficult…

My thoughts: This is the third book in the Dark series by Gadziala and so far, my favorite. It is funny, exciting and the characters, OH wow. Enzo has been a character that just has lurked around in the background in several other books. But you haven’t gotten a god read of him and at first I thought he was a bad guy. Well he was but not that type of bad guy as I first thought. And he is so much better.

And Espen. Ooo I like Espen. (Not the name though. In my country that’s a guy’s name. :P) She is one of those “Take no shit”, kind of girls who stands on her own two legs and can take care of herself. I think she goes a little too far sometimes but then Enzo comes in and bring her back to earth. And it is just wonderful.

However, I did miss some suspense. I feel that Gadzialas books have changed and there is no real suspense anymore. It is a nice story and all, but I also want that feeling when you can’t put the book down and hardly breath and you just want, NEED, to know how it will end. Did not quite get that feeling here.