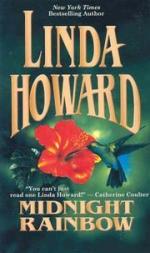 Goodreads synopsis: Grant Sullivan had been one of the government’s most effective agents, and he’s agreed to rescue Jane Hamilton Greer, a wealthy socialite possibly engaged in espionage. In the time they spent together, questions of guilt and innocence began to fade against the undeniable reality that two people from such different worlds should never have met.

My thoughts: Somewhat cliche and predictable but at the same time exactly what I needed to get over my hangover from the Kristen Ashley book I read last. This is one of those old school, romantic suspense that are the core of what I love with an romantic suspense book. We got the strong, independent woman who do not need her father or any other man to “take care” of her. We have that alpha, jaded military man who has forgotten anything according to love and a woman’s touch. We have some bad men, corrupted governments, spies and a hunt trough the jungle. All to save there lives and there country.

It is not this great literary work of art but it is still beautiful and did what it was suppose to do. Now I’m ready for other adventures. 🙂