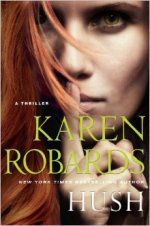 Goodreads synopsis: When Riley Cowan finds her estranged husband Jeff dead in his palatial home, she’s sure it’s no coincidence. The police rule it a suicide, but Riley thinks someone’s out for blood—specifically someone Jeff’s father ripped off in one of the biggest financial fraud cases of all time. She suspects that someone is trying to send a message to Jeff’s father: Tell me where the money is, or everyone you care about will die.

Riley’s in-laws might be billionaires, but she’s afraid that not even their dirty money can protect her from an irate investor who will stop at nothing to get his hands on his misappropriated cash. Enter Finn Bradley, Philly-based FBI agent and Riley’s love interest from way back when. Finn agrees to help Riley, and the two reignite sparks they both thought were extinguished long ago. But can they discover the killer’s identity in time, before he resurfaces—and strikes again?

My thoughts:All sexual tension aside, there is not much left to brag about. Nothing that made a big impression on me. And I’m a little sad about that since I see Robards as one of my favourite mystery, romantic suspense authors. I have “only” read six of her books and they have been a really hit or miss so I suspect she is a volatile author. You hope for the best but apparently you could get the worst.

The story is long winded, slow paced and repetitive. Some chapters had the feeling that they went on and on and on. A never ending story. And when you have read the same thought, the same phrase in 300 pages, you are bound to get bored. Well I did.

My biggest problem with the book is that everything take such time. The two main characters butt heads like two five year old and then suddenly it is all fine and dandy. The ending comes in a rushing pace and after it I was like “what did just happen?”. Well I do not recommend this book. Don’t take my word for it though. The book has a 3.75% in average rating on GoodReads and more often than not that should fit me pretty perfect in this genre. Well not this time. Not for me. But maybe for you? Judged by many of the reviews on GoodReads, there is a lot of happy, satisfied people out there who have read the book and liked it.

One thought on “Hush – Karen Robards”