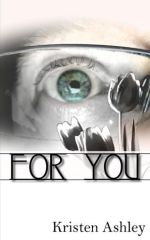 Goodreads synopsis: Lieutenant Alexander Colton and February Owens were high school sweethearts. Everyone in their small town knew from the moment they met they were meant for each other. But something happened and Feb broke Colt’s heart then she turned wild and tragedy struck. Colt meted out revenge against the man who brought Feb low but even though Colt risked it all for her, Feb turned her back on him and left town.

Fifteen years later, Feb comes back to help run the family bar. But there’s so much water under the bridge separating her and Colt everyone knows they’ll never get back together.

Until someone starts hacking up people in Feb’s life. Colt is still Colt and Feb is still Feb so the town watches as Colt goes all out to find the murderer while trying to keep Feb safe.

As the bodies pile up, The Feds move in and a twisting, turning story unravels exposing a very sick man who has claimed numerous victims along the way, Feb and Colt battle their enduring attraction and the beautiful but lost history that weaves them together.

My thoughts: This is one of those first eBooks I bought when I first bought my kindle. I went on a buying spree at the time and had over a hundred books on my kindle. Did not buy all of them tough. Several of them was free and thanks for that, because I don’t think my wallet would have survived otherwise.

Anyhow, so I have had this book in my library since early 2016 and never got around to actually read it. But since it is on my “30 books before 30” list and I couldn’t choose what to read, I went for it.

This is a great book, but I do have a couple of issues with it. First of, it is to god damn long and at some points even slow. Kristen Ashley is one of those authors who really can write a long, slow burn book and I have never had it tick me off before. But this time it just didn’t do. I do not have patience for something like that. The second thing is, 22 goddamn years? Are you kidding? That reason for the “bad blood” between Alexander and February was not what I had expected. And it really ticked me off because I feel that 22 years is just toooo long for a reason like that.

Other than that, great book. I really liked the plot with the killer, feds and how everything was linked. The mad man with the killings and his reasons really felt believable and at some degrees it was even quite terrifying and it gave me the creeps. Ashley is the queen when it comes to character buildup and it was easy to connect with them. There is a lot of character in this book and at first it was quite hard to keep track but that eventually went away and was not a problem. This is also the first book in a series. I have read the synopsis of the second book and so far it seems like they are stand alones, because the names in the second do not ring a bell and probably did not appear in this book.

One thought on “For you – Kristen Ashley”