I’m not happy with this months read. I had such troubles with several books. I have yet not finished Strange the Dreamer that I started, but I have not DNF it because I still hope it will get more exciting soon. Santa Claus totally killed my desire to read but I felt I had to finish it and it took way to long. So even though I have had several days free from work, I have hardly read anything. Its sad but now I just hope January will be better for me. 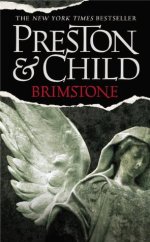 Halloween is here and by that, everything we think, do and see is influenced by this horror culture we live in. I first thought that i would make a horror book list with like five books I wanted to read this month. However my job has been crazy and I have hardly had time to sit down and write the reviews on the books I do have read.

So instead of a list of books I have not read, I thought I would make a list about the top 5 horror books I do have read and also recommend to you.

Intensity by Dean Koontz
The first book I ever read by Koontz and I probably was way to young when I read it to. But I loved it. It was probably more terrifying for me as a young child reading the book than now as an adult. But just have to recommend it. You get to met Vess who is not right in the head. In his cellar there is 16 year old Ariel and Chyna who Vess has taken everything from, takes it up on her self to save Ariel. It is just an great and terrifying book. In Swedish (the language I read the book in) the title is “Psykopaten” which translate to “The Psychopath” is just a more fitting name for the book really. Just read it. Click here to read more about the book.

Relic by Douglas Preston and Lincoln Child. (Book 1)
I dont think this book was supposed to evolve to an series but I´m really happy for it because I LOVE freaking Pendergast. He does not have the big main part in the first and second book but from the third one it is all about him. I still choose to recommend the first book because it is such an great story. The monster is loose at the museum. Yeah I know, how cliche isn’t that but the story is about just that. An monster, museum and the people who tries to fight it. The story is just great and one of those cozy horror story’s. Click here to read more about the Pendergast Series.

The King of Plagues – Jonathan Maberry (Book 3)
There is like nine books so far in the series about Joe Ledger and I have read three and the last one was so far the best one. In this series we get to follow Joe who is a Teamleader over an highly secretive group of black ops people. They more or less is trying to save the world. The books are great written but are a little to long or slow sometimes. But they are still great and Joe Ledger is one of my favorite characters. The story line is reality horror. He writes about stuff that could really happen and it makes it real and horrific for me as an reader. Click here to read more about Joe Ledgers series.

Ellie Jordan, Ghost Trapper by J.L Bryan (Book 1)
This is more of an young adult kind of horror story even though it is not labeled as an young adult. The story is about Ellie who is working as an Ghost Trapper and each book is about a new case. I really like these storys. They are not to long and wordy as often fantasy books can be and they are really good written. There are today 8 books in the series and I have read two so far. Click here to read more about the series.

It – Stephen King
Well I just had to have this one on here. Not because it is such an great horror story but because it is such an great story. Just as an story should be. I often find King to be over the top with his books which takes the horror right out of it. It gets just to unreal. And it happens in this book to. But not until the end. So I as an reader still gets like 1000 pages of that clean, heart beating horror that I love. Here we meet the Clown Pennywise who is killing people around the town Derry. 7 Kids takes it up on them self to kill Pennywise to save them self and revenge those who have been kill. Well, it is not that easy. Click here to read more about the book. Click here to read my review of the book.

Have you read any horrors lately? What books would you recommend? 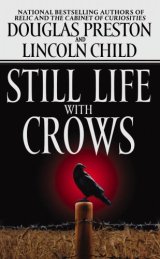 Goodreads synopsis: A small Kansas town has turned into a killing ground. Is it a serial killer, a man with the need to destroy?
Or is it a darker force, a curse upon the land?
Amid golden cornfields, FBI Special Agent Pendergast discovers evil in the blood of America’s heartland.
No one is safe.

My thoughts: This is the fourth book about Aloysius X.L. Pendergast. Yeah I know, what a name! And this is so far the least good book out of them I have read. Loved the first and second one. The third was great because it gave you the ability to learn more about Pendergast. This one however was not that exciting. It is good, absolutely. Its just kind of slow and predictable and not the greatest work.

But i´m still a little bit in love with Pendergast that i´m definitely gonna read more books in the series. And I hope i´m not gonna have more of these bad experiences. 😉