October is over. November is here and my two most busiest months of the year is starting. Not only will I have a lot going on at work but private there is already a full list to be completed. And off course there is some books on that list. But first, lets talk about October.

Better reading month then what I had foreseen. Got 10 books in and one DNF book. Quite happy to finally be done with the third book of voyager and even if it was great, the favorite book of the month is The Redbreat by Jo Nesbø. Did not like the two first books but the third one, OH MY!
The least favorite book this month is, believe it or not, from Jessica Gadziala. The eight book in the Henchman Series, Pagan, is at the bottom this month.

Looking forward to November and the books I will be reading. Got some great books on the way that I have ordered and my Kindle is full of books just waiting to be read. It will be great.

I could not even get myself longer than 20% in the book. This because the writing is so, so bad. It is seriously terrible. 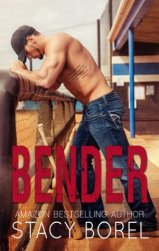 Goodreads synopsis: All Keegan wanted was a roommate who was quiet, minded their own business, and paid for part of the rent. Instead, she got Camden Brooks.

Camden, with his sinful body, sharp tongue, and the inability to stay out of Keegan’s personal space, couldn’t seem to curb his interest in the new girl who wouldn’t put up with his domineering ways.

Feelings were running rampant, sexual tension was thick, and both were struggling to let go of control.

To some people, getting a roommate simply meant living with another person. But to both Camden and Keegan it was a curve ball that neither was prepared to swing at.

My thoughts: My good! I will not waste much more time on this one because i really hate it. Hate it!. Wow I do not say that often about books and I realize now that I should just have ended it and marked it as DNF (did not finish), but you fellow readers probably understands me when I say that I hoped that it would get better. I really did and so wrong I had. I need to start listening on my gut feeling. I saw early in the book that this would turn out to be nothing for me.

The writing is bad, the story is bad, the characters is bad. I wanted just to jump in the book, get in Keegans face and scream “GROW UP“. My god! I felt like I was back in high school there some moments and in the end all I wanted to do was:

Which pretty much says it all. So no more from me about this piece of crap. Over and out.